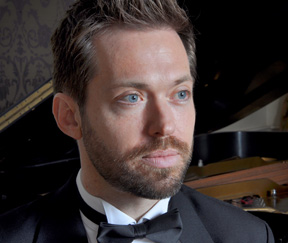 Darren Chase grew up in a family of musicians, and recordings of Dietrich Fischer-Dieskau, Hermann Prey, and Gérard Souzay were among his first musical influences.

He began performing art songs as a teenager in his native San Diego, and continued his education at UC Berkeley and Boston University. Mr. Chase is based in New York City and maintains an active career as recitalist, opera singer, and cabaret performer. This past season, he sang Hindemith’s Requiem with the La Jolla Symphony, Mahler’s “Kindertotenlieder” at the Jacob’s Pillow Dance Festival, and toured with a recital of Schubert’s “Winterreise.”